Outside, a tractor grunts and, within a minute, minimizes into the landscape.

Inside, a Zoom meeting exceeds an hour.

No worries. It’s summertime, and this is Alabama A&M University’s “other” campus.

The micro-buzz of an insect or two prevents a visitor from totaling immersing mind, body and spirit in the picturesque landscape, becoming one with the land. Indeed, just entering the Winfred Thomas Agricultural Research Station, just a few miles from the campus proper in Hazel Green, offers a mixture of perspectives.

First, there’s a vibe of the academic. In the main flat-roof building, there are offices, along with classroom and meeting spaces that can be scaled for any size group. There is a kitchen and space for agricultural demonstrations, along with the usual technology for presentations and meetings online. The virtual collaborations connect the Research Station with like-minded researchers and colleagues throughout the nation.

Then, leaving the central office building and veering southward leads one to the “everyday” routine of the Research Station. There are facilities and grounds for massive agricultural equipment; facilities and grounds for research projects, primarily involving an extensive variety of plants; count similar areas and equipment for animals; and an expansive, rolling, green slice of heaven, set among an ever-increasing vine of suburban sprawl.

Lastly, there is a sense that this wonderfully serene setting is just one face of a vast, hidden enterprise. 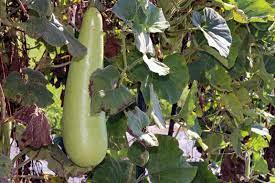 Yes, there is an unmistakable corporate presence, tucked within a large swarth of the perennial Miscanthus or within the thin dividing line of tracts of soybean.

Dr. Ernst Cebert, manager of the facility, is responsible for keeping in perpetual suspension all the juggled pieces of research station operations, including old trucks.

“We have multiple projects with different universities,” said Cebert, expertly maneuvering a pickup truck on unruly, bumpy Alabama soil. “We have hemp plants from Cornell, and we are researching how well they grow in the South,” focusing mainly on climate, moisture and disease.

WTARS is a member, he said, of the multimillion-dollar Center for Advanced Bioenergy and Bioproducts Innovation, based at the University of Illinois Urbana-Champaign. Almost on cue, just a few feet along some other grassy, truck-hewn path are populations of Miscanthus, part of a collaboration with the University of Illinois and the local HudsonAlpha Institute for Biotechnology.

AAMU scientists and others are conducting genetic research on the plant, which produces a lot of material convertible as a potential biofuel source. They also hope to gather data related to questions about how it grows and how is it impacted by climate. Drs. Xianyan Kuang and Xinhua Xiao are assessing phenotyping and the soil health components of the DoE-funded project. 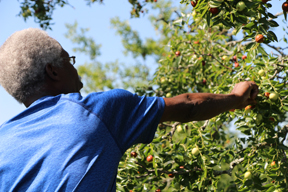 Another hemp-related project applies genetic research to the plant’s use as a source of fiber for clothing, furniture and other products, said Cebert. Researchers for this project and many others are especially interested in identifying methods that provide more yields per acre. This type of research is a mainstay for large multinational companies such as Bayer CropScience, said Cebert.

Now, a mere stone’s throw from a plant with possibilities for use as jet fuel grows another perennial— turmeric—native to Southeast Asia. The WTARS crop, more specifically, is from Vietnam, and Dr. Srinivasa Rao Mentreddy has devoted much research on the plant’s adaptability to north Alabama and its ability to address the culinary needs of the region’s significant Asian population.

The Research Station is also home to a supply of Native American pawpaw trees (left), whose edible fruit are considered the largest produced by a tree indigenous to the United States. At WTARS, the trees share a small field with China’s jujube tree.

“We are trying to weigh-in on regenerative agriculture,” Cebert said, slowly driving pass large tracts of soybeans. “Our focus here is to return nutrients to the soil.”

Dr. Dedrick Davis, assistant professor and soil physicist, has been a useful resource in performing soil work at WTARS related to the sorghum plant. Sorghum is a popular cereal grain used for human consumption, animal feed, biofuel and alcoholic beverages.  It is believed to have been introduced to the U.S. from its native Africa via slave ships.

Underneath a small row of trees is a bee apiary (right) operated by an independent organization; it amply gives and receives from its immediate natural surroundings.

To that point, Cebert interjects that WTARS’ farm-raised fish, for instance, represents the interesting studies by Dr. Heather Howell. Her research aims to find and adjust the intricate channel that shows a clear picture of a self-perpetuating agricultural cycle capable of producing all it needs to sustain itself through aquaponic methods.

Cebert further added that, with nearly 1,000 acres stretched along both sides of a major highway, WTARS has been using specialized drones to monitor the progress of crops, among them sorghum. To place even more on the list of crops growing fervently on the land, add the ongoing state-funded research on black beans and pinto beans, crops traditionally grown in cold states, such as Michigan or North Dakota.

Other sections of the Research Station reveal allotted spaces for cows, sheep and goats, while agro-forestry research takes place primarily across the highway to the west.

A rundown of the sheer scope of the facility and its link to the College of Agricultural, Life and Natural Sciences could claim an entire day. Even then, it would be easy to leave out some key component of research involving biomass; variety trials; herbs, spices and medicinal plants; soil health and climate; small ruminants; and foresty and agro-forestry.

No doubt, each of the station’s 972 acres can recount the triumph and missteps of some research faculty member or hapless graduate student. Moreover, the Station is the preferred site for any number of outreach and community events sponsored by AAMU and the Alabama Cooperative Extension Service.

As the insufferable heat of the last third of summer begins to dissipate, Cebert beams that the Research Station he lives and loves “is at its best this time of year.”

It’s still summertime. Life is abundant, the fields are exploding with growth, and the small staff has — somehow — made all this living easy.