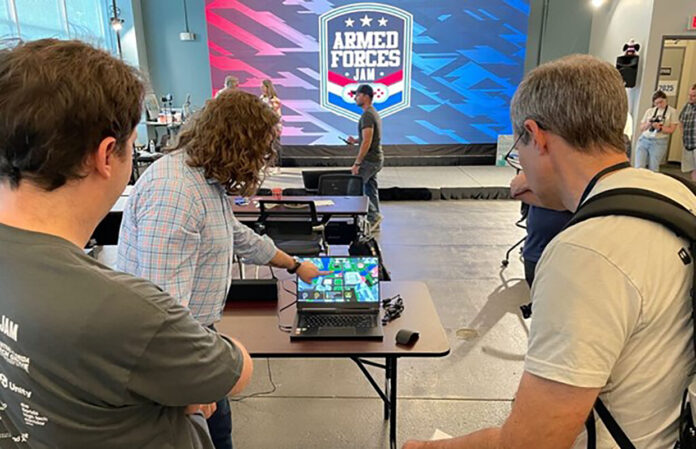 i3 developers from the company’s Huntsville and Orlando offices attended the 48-hour event.

The Best Narrative Experience is given to the game with the most compelling and purposed intent behind its creation.

Gaining Ground told the story of helping recruit for the Army National Guard, one city-targeted and geo-fenced video game at a time. To target a particular city, the game included a 3D-modeled portion of southern Miami, in this case, hit by a hurricane, and real-time strategy gameplay developed for gamers who can learn what it takes to care for their neighborhoods, and their communities in the aftermath.

The city target could be any city, and the pipelines the teams produced as a part of the deliverable were all tailored to remake the game quickly for any city.

The key to winning the Best Narrative Experience award was in the structure and repeatability of making small-batch versions of locations that might see themselves as the National Guard heroes, come in to help.